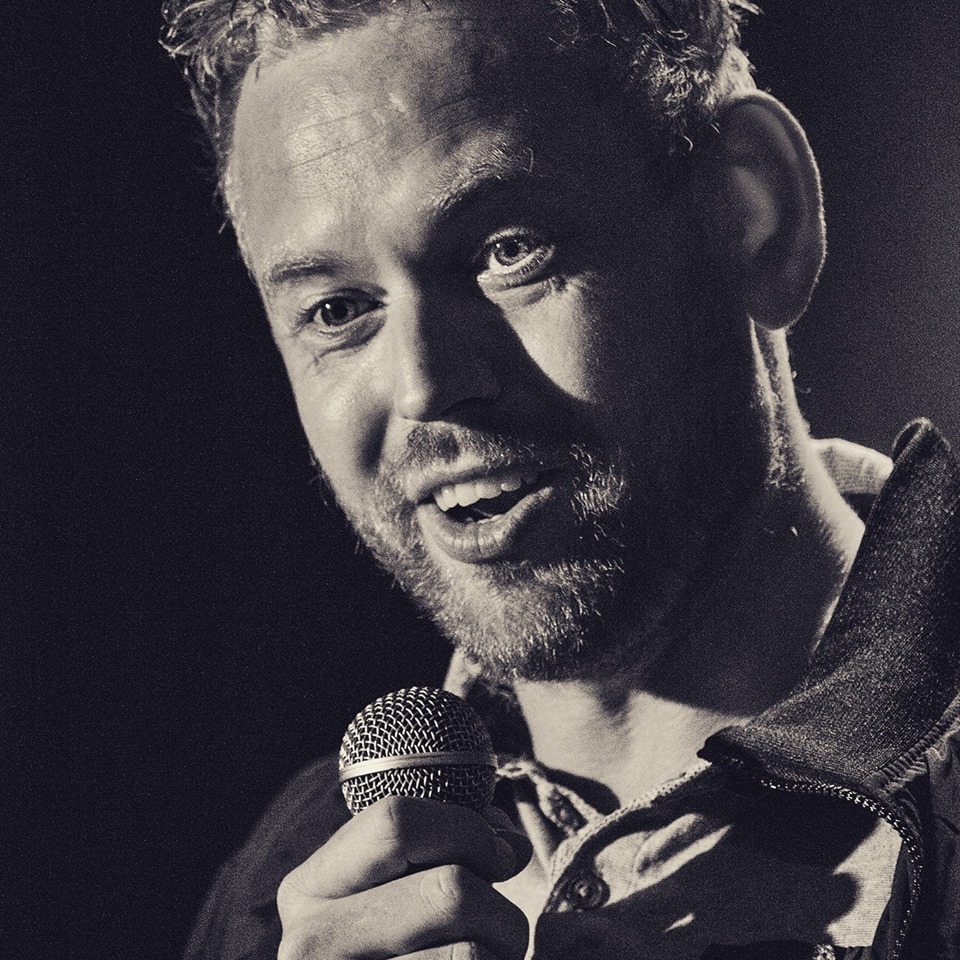 You may well recognise Mark as part of The Comedy Cow team, but alongside regularly donning the red shirt and helping to run our events, Mark is also considered an exciting new up and coming act on the wider comedy circuit.

Mark is best known for the documentary 'A1: The Long road to Edinburgh' without doubt his biggest challenge yet... To learn the craft of stand up comedy in only a year, and use that knowledge to stage a show at the largest, most famous comedy festival in the history of the world!!  His 'warts and all' Amazon documentary shows what it's like to be a brand new comedian trying to find your way, on the difficult journey to Edinburgh, with only a microphone for protection.

Along the way he has met and interviewed a range of comedians, from those also starting out, to regulars on your TV screens; their support, encouragement and advice have been crucial in helping Mark to develop, as was the support of the Comedy Cow who have been hugely instrumentsal in Mark's success.

Since that fateful first year Mark has continued to develop as a comedian and now performs regularly all over the country and is making a name for himself as a strong act on pro bills.  But he always love to return 'home' to the Comedy Cow, where he is always guaranteed a great welcome.